Posted on February 4, 2015 by oxingalemusic 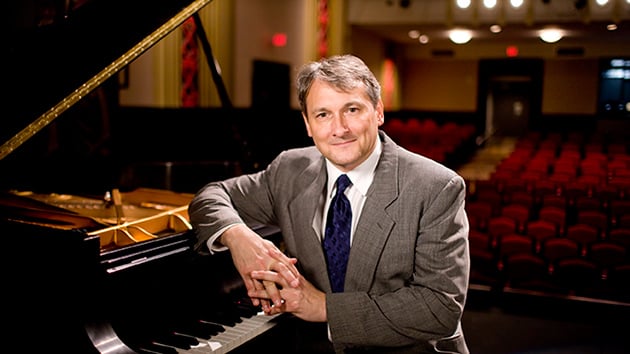 It’s been a while, seven years, since the popular NPR musical talent show From the Tophas been back to San Francisco. The show is planning to tape a show at the S.F. Conservatory on Feb. 14.

The taping caps a week in which From the Top host Christopher O’Riley will be in residence at the Conservatory giving concerts with cellist Matt Haimovitz.

Unusually, this edition of the radio show will focus on performers from the Conservatory’s pre-collegiate division, including soloists 16-year-old cellist Elena Ariza from Cupertino; 15-year-old pianist Elliot Wuu from Fremont; and 14-year-old violinist Kevin Zhu from Cupertino. Conservatory alums Haimovitz and soprano Lisa Delan will premiere parts of the “music storybook” Angel Heart (based on stories by Cornelia Funke and with music by Luna Pearl Woolf) on the same program. Normally, the auditions for From the Top include a geographical region, so this is a little feather in the cap for the Conservatory.

The radio episode airs nationally on March 9. For tickets to the taping, call 415.503.6275 or visit this Conservatory website.